What's all this, then?

Posted by Bill at 2:06 PM No comments: Links to this post

Email ThisBlogThis!Share to TwitterShare to FacebookShare to Pinterest
Labels: Firefly

Posted by Bill at 10:47 PM No comments: Links to this post

Contrary to portended, a thankfully uneventful midday FIJA
demonstration at the Court House in Concord, NH, 6/18/2008.

Hit these relevant links for further intel on the demonstration and the anticipated arrest of Kat Kanning.


Posted by Bill at 4:33 PM No comments: Links to this post


Posted by Bill at 4:49 PM No comments: Links to this post 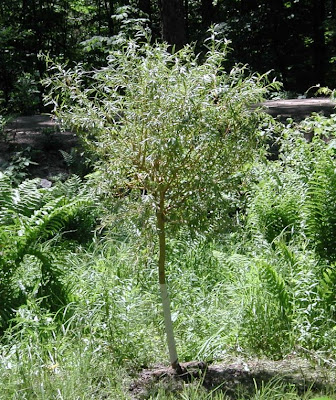 Posted by Bill at 11:55 AM No comments: Links to this post

Either he's ignorant, or he thinks the voters are. There's no third choice.

"Now the Democrats are beginning to come back to [the] center, and the Republicans are becoming libertarians. We're losing elections in a grand way."
Mike Huckabee, 5/2008

Not 'cause you're "turning libertarian," Huck. Sorry. Oh, if only...

In a May interview in Seattle (original post here, more commentary here), authoritarian theocrat VP hopeful Mike Huckabee saw fit to pontificate on the "cause" of the deeply troubling direction of the Republican Party in recent years. Incomprehensibly, he blamed the electorate's increasing rejection of the neocon-controlled GOP (whatever has taken it so long?) on...

...an unchecked incursion of libertarianism!

Sadly, we're invariably "allowed" only 2 candidates, and the other one, conveniently enough, is always a 'D' (so no one ever has to worry about the distressingly severe handicap of battling a principled opponent). And so they're both completely -- and dishonorably -- free to misrepresent the thereby missing libertarian philosophy with impunity, of course. When they bother to mention it at all, that is. Hillary, say, would sound no less absurd than ol' Huck by asserting the same thing about that other (to be charitable) ethically challenged (theft is wrong, kids, even if you assign someone else to do it -- deal with it), philosophically bankrupt party.

With props to Dale Everett, it's the misdirective "libertarian bogeyman." With props to Joss Whedon, "These libertarians read minds and spin falsehoods! They're witches, and we must purge the devil from them. WITH FIRE!" (Yes, that's a 'Firefly' reference...)

It's instructive -- and heartening, I think -- that Huck apparently considers the libertarian movement so dangerous to the neocons, et al, despite such limited ongoing success. I mean, why say anything? Except to take the heat off oneself, of course (think the harmonized and choreographed "shoot-the-messenger, ignore-the-message" tactics employed, just most recently, against Scott McClellan). A convenient if nonsensical scapegoat. "It's not our fault. It's that guy's!"

Misrepresentation is to be expected from the politically dishonest. But it also requires a deeply cynical assumption that no one will notice the lies getting bigger and more bizarre. Consider the Bush administration. Or a McCain extension thereof. The GOP blaming libertarians for the state of their party is like old white Christians blaming Rastafarians for the abysmal state of our government and our liberty. It just doesn't fly.

So now authoritarian theocrat VP hopeful, The Huckster finds himself back in NH, June 8 and 9, 2008, providing the quid pro quo for retiring State Senator Bob Clegg (he of the vociferous REAL ID support, and free market-overriding, voluntary contract-eradicating "mandatory insurance coverage") in the latter's run for the GOP's 2nd District Congressional nod.

Got any questions...?
Posted by Bill at 12:05 PM No comments: Links to this post